Yoga practice in the vision of the ancient sage Maharishi Patanjali.

The practice of yoga is an ancient method of realizing the Divine Self Atman. Because the means and the goal of yoga are not separate, yoga practice is similar to its goal itself; rather, the goal will ultimately be realized as an evolution of the means themselves. In this sense there is a continuity of process from beginning to end. The path begins from the very present place and moment. Right here and now. In the practice of yoga there is a continuity and a process of growth, a gradual evolution and flowering of the practice of consciousness. From the very beginning, it is good to make it clear that there is no sudden jump or growth, no disconnection between stages and a living connection between them must be maintained. Every yoga practice, even the first step, is a method of educating the consciousness to achieve what it seeks in the process of this attainment.

The philosophy and yoga of Maharishi Patanjali

Patanjali was an ancient Indian sage. Very little is known about him and no one knows exactly when he lived. Although Patanjali’s identity and dating are not very precise, this matters less because he is one of the great “bearers of the timeless wisdom which is the heritage of all humanity”.

Patanjali codified the teachings of yoga in a sacred text known as the Yoga Sutras. Today, this work of classical yoga philosophy is considered fundamental. Patanjali’s Yoga Sutras describe the path of Raja Yoga, which is often referred to as the “royal path”.

The Yoga Sutras are classified as classic aphorisms of ancient Eastern psychology because the text indicates how the mind should be controlled to achieve the goals of yoga.

To reach the state of Samadhi or Enlightenment, Patanjali organised the practice of yoga into an “eight-step path”.

Patanjali's and the eight limbs of yoga practice

Santosha – contentment and acceptance of inner reality and outer environment;
Tapas – austerity;
Svadyaya – spiritual study and reading in a transfigured state;
Ishvarapranidhana – worship of God; directing actions, thoughts, feelings and aspirations towards the Divine.
Saucha – purification of all levels of being;

3. Asana – Knowledge and practice of the most important bodily postures.

4. Pranayama – Controlled breathing for purification and for preparing the mind in the practice of visualization and concentration.

6. Dharana – Concentration and bringing the mind to a single point.

These eight yogic disciplines can be classified into five groups:
1. Moral training: yama and niyama. Mental purification, harmonization and preparation of the mind for Spiritual Enlightenment.
2. Physical training: asana and pranayama. Regulation of vital energy and blood circulation; regulation of nerve and muscle functions.
3. Mental training: pratyahara and dharana. Introspection and control of consciousness.
4. Spiritual training: dhyana. Reaching superconsciousness and contact with spiritual beings.
5. Samadhi: Oneness with the Divine, the highest stage of spiritual development.

In Sanskrit the word chakra has several meanings, it is encountered as “wheel”, “circle”, “vortex”, “whirlpool”, “spiral” or any circular device; it also indicates movement but refers to the spiritual energy centres in the human body that give rise to flourishing energies. Textually the word chakra is also found under the name padma which means “lotus”.

Chakras are beyond the realm of ordinary perception and as the name suggests have been described as vortices or whirlpools (centres of pranic astral energy) and are located on the subtle plane in specific corresponding areas of the body.

The energy of the chakras spreads around the body and beyond, forming what is called the aura. Yogic writings state that the human being is endowed with 114 chakras, of which 112 have projection points in the physical body and the other two are mentioned as being placed outside the physical body.

However, within the energy system, through the practice of yoga, ancient clairvoyant yogis have mainly identified seven focal points or centres where energy tends to concentrate. Being the most important, these seven chakras cover the entire spectrum of the human being from the physical to the subtle.

These focal points can be likened to seven distinct resonators that are meant to instantly resonate the being (when awakened and consciously controlled) with an infinity of energies of all manifestation in the Universe.

Through the inner knowing of the seven chakras of the human energy system, the seven levels of experience or corresponding worlds are revealed. Each plane or layer of vibration in our being vibrates more or less in unison or, in other words, in resonance with the corresponding macrocosmic plane and is the centre of activity of a particular tattva (mysterious energy of nature or particular subtle principle).

As a true subtle nature, each energy centre is associated with a particular level of energy frequency and subtlety and manifests as a sui-generis switch that activates or opens the corresponding vibrational levels of the human mind.

The chakras, sufficiently energised, act upon certain corresponding systems, organs and glands in the body. Depending on the awakening or energization of a much higher (predominant) resonant state with a particular plane or main level of vibration in the Macrocosm, the corresponding energy center (chakra) becomes predominantly active in that being. Therefore, the energy center that is most intensely energized, consciously or spontaneously, in the being, causes a certain predominance of specific manifestations of systems, organs and glands corresponding to the manifestation of the predominant chakra. The chakras are particularly sensitive to all types of energy, both external and internal, including our own thoughts and feelings.

By gradually awakening the energy centres, the qualities associated with these chakras are also awakened; the techniques mainly involve deep concentration on them.

As we practise and our consciousness is raised, the energy centres are balanced and so we move closer and closer to attaining the Divine Self Atman. Balanced energy moves rhythmically and naturally creating stability and harmony. The chakras provide us with an essential key to understanding what the body is trying to communicate to us and help us to address any issues that may arise in our spiritual practice.

As far back as the 15th century, a group of yogis known as the Natha, joined together to strengthen their abilities. They systematised and documented the importance and functionality of the energy centres in the human being. Practicing in groups, performing body postures (asanas), controlled breathing (pranayama), divine gestures (mudras) and deep inner listening (nada), they noticed the faster emergence of paranormal yogic powers (siddhis).

1. Muladhara chakra – the energy centre of earth energy (pritivi tattva) subtly located at the base of the spine between the anus and the sex;

5. Vishuddha chakra – the subtle fundamental energy centre of eternal time (akasha tattva) located in the subtle plane in the neck area between the collarbone and the nape of the neck;

7. Sahasrara – Supreme Centre of Being located in the region of the crown of the head (mahat tattva);

8. Brahmarandra – ‘Brahma’s opening’ which is located at the top of the Sahasrara energy centre.

Sahasrara encompasses and transcends all energy centres. Each chakra is reflected in the other chakras and generates a specific state. Some yoga systems also address the Chandra chakra (yin polarity, -, left, lunar) and the Suriya chakra (yang polarity, +, right, solar) which are located correspondingly above the navel. The chakras and Kundalini energy refer to the subtle functions of a strong energy system but should not be taken as such.

The chakras indicate the full potential of each being and the ways in which man can transcend his individual limitations. They show us how man can progressively overcome his current limitations and how he can go beyond what he believes himself to be, or more precisely, beyond his current limiting conceptions of himself. Harmoniously awakened higher energy centres indicate higher levels corresponding to understanding and harmony, empathy, happiness, identification, knowledge and Divine Ecstasy (Samadhi).

Here are two biblical passages that also confirm the existence of the chakras: “And he dreamed, and behold a ladder (the ascending succession of astral energy centers) set upon the earth, (Muladhara chakra) whose top reached to heaven (Sahasrara); and behold the angels of God ascending and descending upon it.” Genesis (28:12)

As the sages of old have established, the path of yoga can also be described as a series of stages. The chakras define the path that every conscious being must travel in order to realize their true potential. They have also been said to be either a blueprint or an expansion guideline for all the higher layers of the mind. The ancient rishis, saints, yogis, sages, tantrics, clairvoyants, enlightened ones, have formulated the ascension into higher and higher states of consciousness in the form of symbolic diagrams of energy centres which convey far more than words can.

Symbols, during yogic practice, can be used as a focal point of attention to help awaken the chakras by bringing them into unison, through the resonance process awakened in the human being by the corresponding energies in order to raise the level of consciousness.

“The successive stages of (practicing) yoga are full of wonders.” (Shiva Sutra). The progressive awakening of the energy centres corresponds to these stages.

Chakras have been known in all parts of the world and throughout history by enlightened people. They are not limited to any particular system, for they constitute the fundamental make-up of man and words and symbols can only indicate their existence.

According to the well-known yogic saying “an ounce of practice is worth a ton of theory”, awakening and experiencing them is in your own being, because no one else can ever experience them for you. Chakra charts are just pointers and focal points of resonance, a means to your own experience. So each of the seven chakras is assigned a sacred symbol, a chart. With the help of the sacred symbol it is possible to awaken, expand and control the inherent psychic forces. 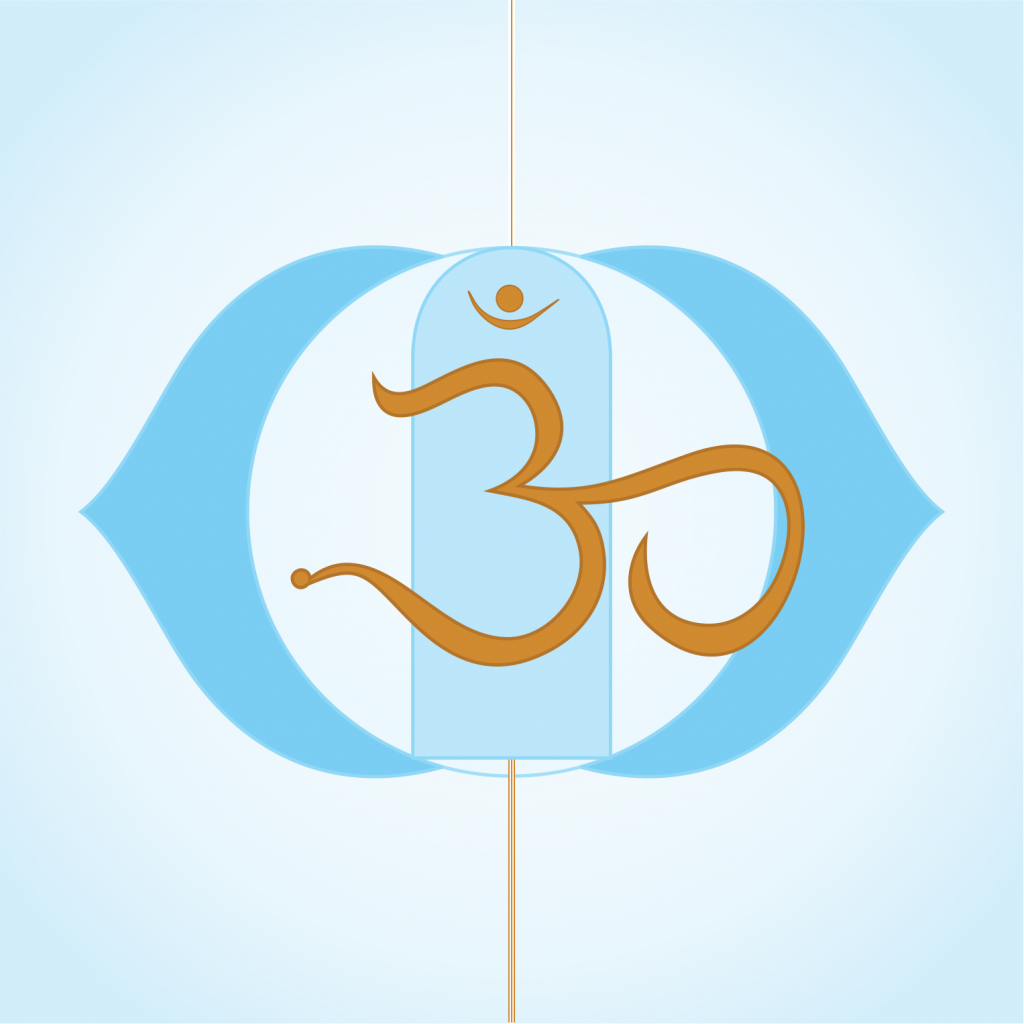 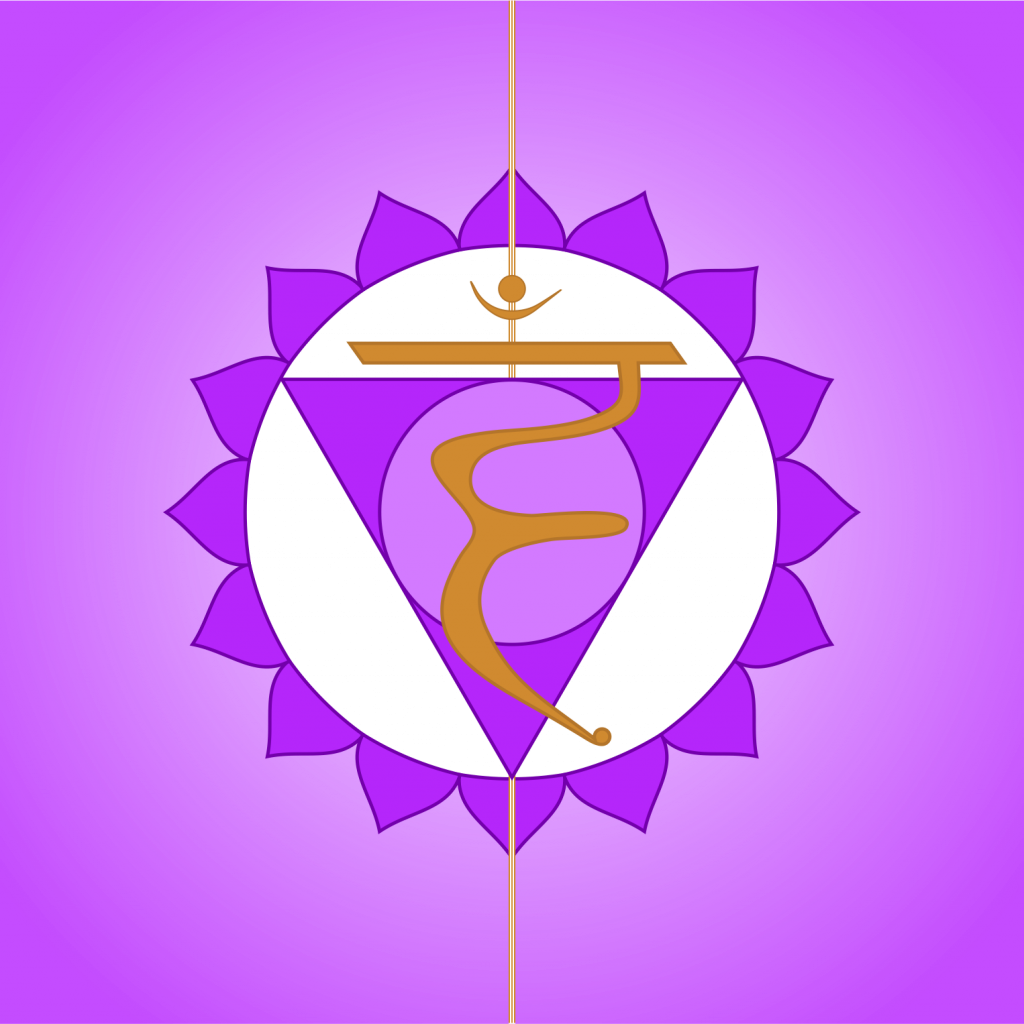 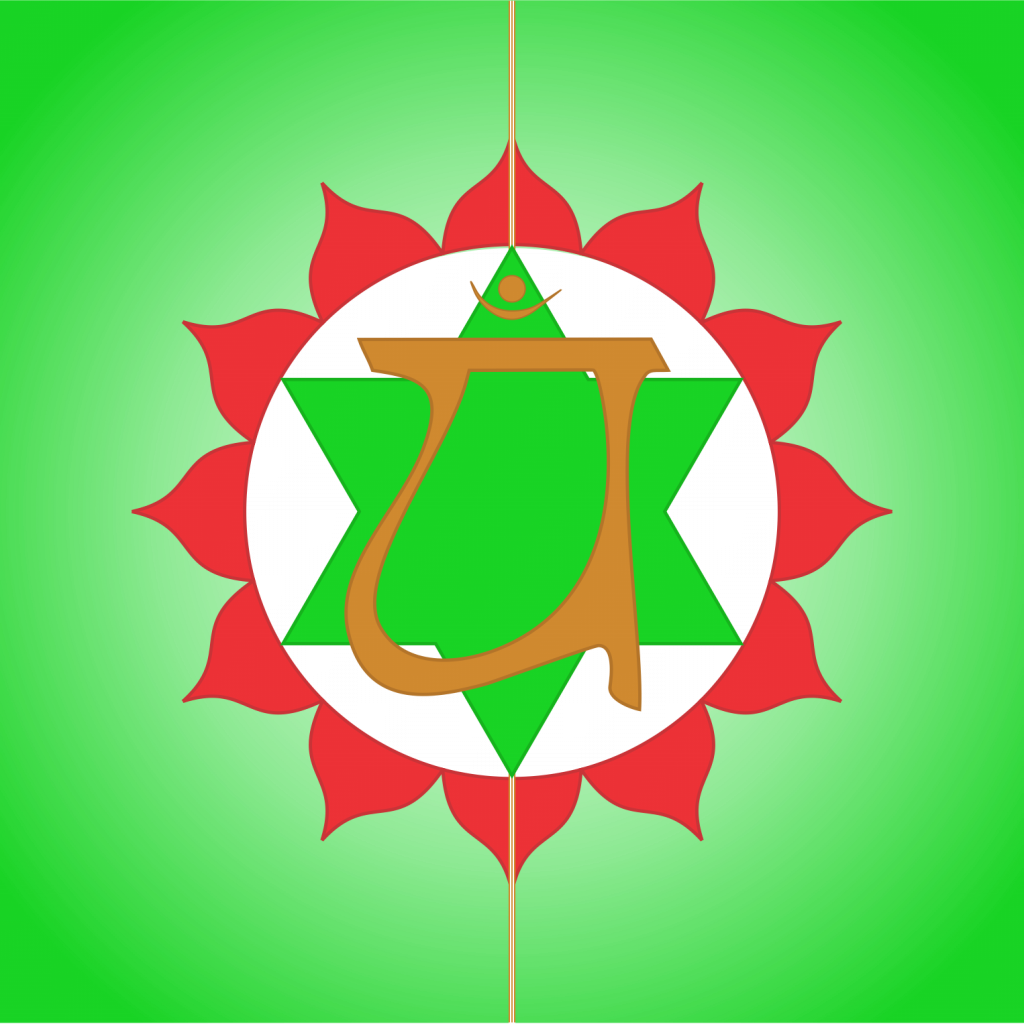